Comedy has not taken its name after “comin” meaning “village” as the Dorians insisted, but instead from the word “comos”- an old word about feast, as well as the cheerful company of revels, who, after having drunk too much wine, they wandered around singing and dancing in order to honor Dionysus or another God. Its alternative “Trygedy” was an Invention of Aristophanes that simulates to “Tragedy” and refers to the sediment of the wine, called “tryga”. (www.greeklanguage.gr)

Phallic rituals were the ancestors of comedy. It is worth mentioning the very important citation of Aristophanes in his work “Poetry” 5. 1449b 2 where he claims that comedy was born from the improvisational satirical songs and plays taking place during the winter period throughout Greece, in antiquity.

What we call comedy, as it was formed through the ages as a literary kind, derives its origins from the Greek religious tradition. In other words, what we call comedy today, has its roots in the evolution of phallic songs and rituals in the honor of god Dionysus. 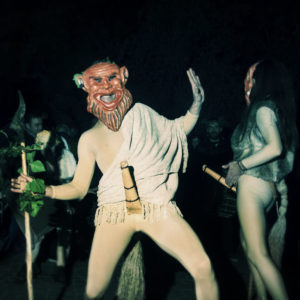 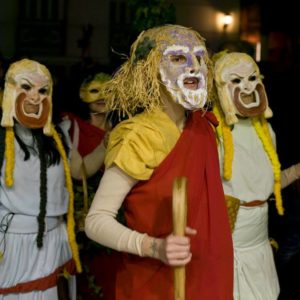 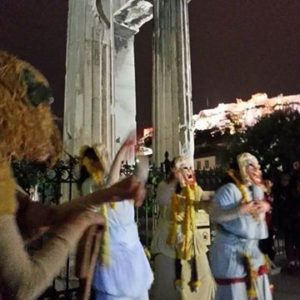