Kordax has been the most obscene and provocative dance of comedy and is characterized as “orchesis of the hips”, literally meaning ‘moving your hips and thighs in a provocative way. Therefore, it is claimed to be the ancestor of belly dance.

In ancient tragedy (in Cratinus, appr. 450 b.C.) the dance was described like this: with closed legs, we perform movements swinging the body forward and the arms alternately strained – like a sword – forward and upwards. In these moves that are mentioned in Aristophanes comedies, one can add the shaking of the leg towards the back and the rooster move. Moreover in texts and vases we find more moves of this kind of dance (circular move of the hips, jumping on one leg, shaking the belly etc.)

These dances were performed by men, sometimes dreesed in womens clothing. When danced by women, they used to wear phalluses in front of them.

According to Athinaius, “Kordax dance was too provocative for the Greeks”, while Plydeykis (IV, 99) characterizes this dance as a comic one. “Kordax as a satirical, comic dance”.

The word Kordax appears in Aristophanes comedy “Nefeles” for the first time on 423b.C. 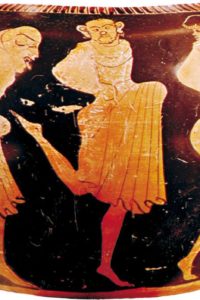 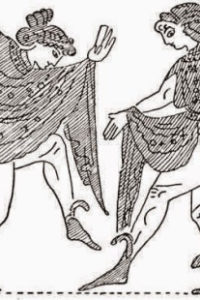 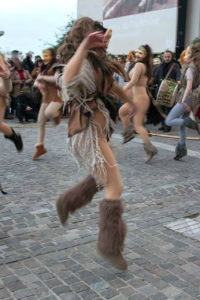 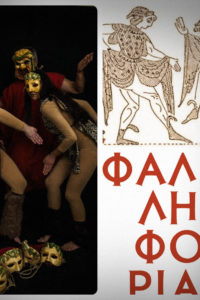